My house was hit by lightning.

An important reminder that we often take modern conveniences for granted. Electricity, hot and cold running water, access to the internet, and communicating by telephone are a few that pop into my head. Then there’s indoor cooking; with the holidays approaching, I have cooking on my mind.

I am lucky. There was no fire; it hit a metal chimney and then ran havoc thru my home trying to ground itself. Which it did, in multiple places. One being the hot water heater where it toasted the gas connection and yes that caused a gas leak. Again lucky, as I came home within a few hours and immediately smelled gas. The clues kept coming over the next 24 hours; kitchen appliances, HVAC, ceiling fans, Audio/Visual equipment, phone lines, internet, outdoor timers and circuit boards. Some of these items are hard-wired so “unplugging” isn’t an option; others had surge protectors and some did not.

My die-hard habit of unplugging my sewing equipment when not in use most likely saved me from not only thousands of dollars more in insurance claims but also the heartbreak of not being able to use them during this stressful time. Even a few minutes at a machine is helpful.

How can you prepare for an electrical event?

First of all surge protectors can only go so far; purchase ones that come with insurance if you can. They are very useful with surges that happen without our knowledge. The local electric company lists a power surge at my home this morning. Absolutely no indication at all. There are whole house protectors that run about $200-$300; a bargain at twice the price. If you already own one, check that it is still functional; mine either was not or couldn’t handle the load. Check your home owner’s / personal property /rental policies. I am completely covered for replacement items, albeit there is still the deductible. Lastly, don’t leave your equipment plugged in when not in use. I pull the plugs at the machines; I find this easier than at the wall.  The iron from the wall. Remember that the surge happens when the electricity comes back on so if you’re at home when the power goes out, you can sometimes save yourself by unplugging before the power returns.

What will I change?

Probably not much. I may consider unplugging the TV’s during lightning storms, but that won’t protect me if an animal gets into the neighborhood transformer; so who knows. I have enjoyed watching electrical storms since I was young, I wonder how I’ll react during the next one.

As an Amazon Associate, I earn from qualifying purchases. 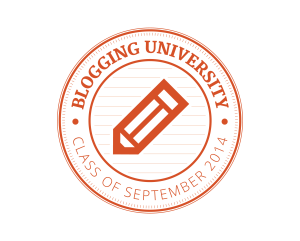 Contact us if the product you want is not listed. Dismiss